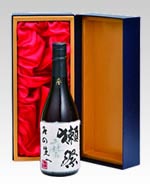 The Story of DASSAI Beyond

The Ultra Premium Sake Beyond All Expectations

It can truly be said that DASSAI Beyond was more than a decade-in-the-making. The origins of this rare and extraordinary sake began with a simple, yet most challenging ambition: to handcraft a sake that would surpass the excellence of DASSAI 23, widely praised by critics as a “perfect” sake. And so, driven by the passion of DASSAI’s founder, Hiroshi Sakurai, he and his small group of the finest sake artisans began their quest to improve upon perfection at DASSAI’s tiny, countryside brewery in Yamaguchi prefecture.
The idea of a sake “beyond” became the touchstone for their work. Crafting a sake of such transcendent excellence meant going beyond polishing numbers and the provenance of rice and water. It demanded going beyond normal flavor profiles to coax levels of depth, complexity and smoothness from rice that had never been tasted before in a sake. And it required the artisans behind its creation to go beyond the known limits of their sake-brewing art.

The standards for DASSAI Beyond were so high, that years of dedicated work and painstaking craftsmanship did not produce a single bottle that could meet them. Batch after batch—each one superb and “perfect” in its own way—was rejected for not sufficiently transcending the excellence of DASSAI 23. But Sakurai and his artisans would not give up their quest and, finally, they succeeded in creating a sake worthy of the name DASSAI Beyond.

To best appreciate the achievement of DASSAI Beyond, we suggest that you taste it with DASSAI 23. Be prepared for an experience beyond all your expectations of sake. Unparalleled smoothness and clean, complex flavors engulf the entire palate, followed by a stunning length of finish.

To this day, the superlative standards for DASSAI Beyond keep production extremely limited and each bottle is a rarity. The completely handcrafted process for producing it remains a closely held secret. And the work of our sake artisans is never truly finished, as they continue a quest to take DASSAI Beyond even further past the limits of perfection.

The ultimate sake from Dassai, Beyond accomplishes the miracle of bringing both body and elegance to their pinnacle. On the nose, it evokes perfume and floral water. In the mouth, sweet notes of sloe, rhubarb, wild rose, honey … which evaporate and then return forcefully for a sublime finale. Beyond imposes its presence in style. Dassai Beyond is an experience that can be shared with products of comparable purity: caviar, scallop or white fish sashimi, bottarga (karasumi), yuba & wild vegetables.

Each front label is hand-written by professional calligrapher, Ichiyu Yamamoto who is a member of the Nitten Association. The paper is traditional Japanese Mino-Washi. 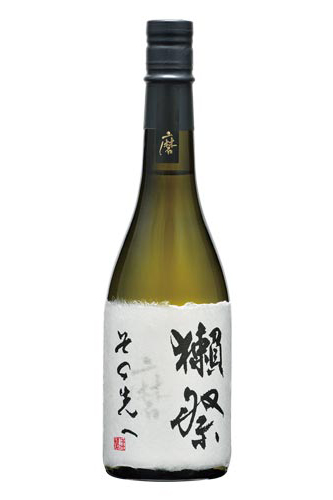 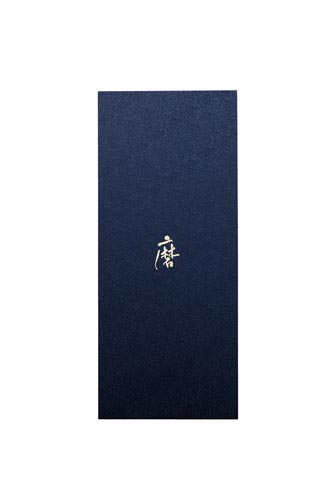 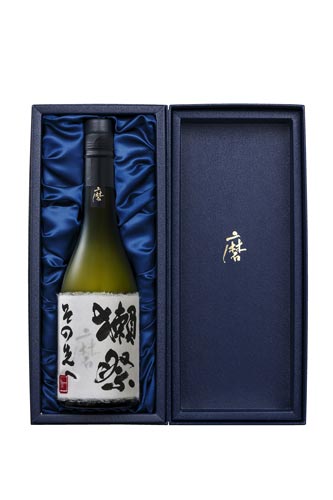 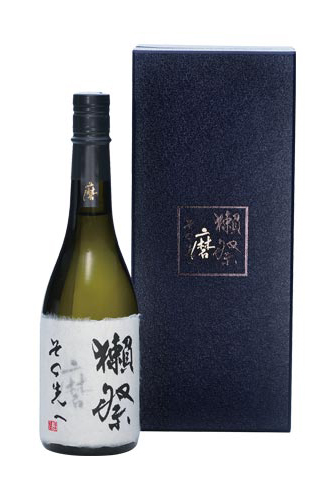 Dassai Beyond with Box

The first sake to have achieved such a degree of polishing and purity. Behind a milky soft first nose, a slightly powdered (rice powder) bouquet of flowers (peony, iris) emerges. On the palate, it strikes incredible complexity, oscillating between candy (praline, vanilla, caramel) and fresh (white flowers, crunchy pear) aromatics, its length is reminiscent of world-class wine. Dassai 23 can be appreciated for itself or as a gastronomic sake of high class that deserves dedicated pairing. Well suited for light canapés, vegetable and refreshing dishes.

Striking the perfect balance between the richness of Dassai 50 and the finesse of Dassai 23. Presenting a generous nose of warm fruits harvested in the sun, with an invigorating zest of lemon. On the palate, its luscious and juicy attack materializes the well-ripened fruit with an additional hint of sweetness, evolving in the mouth to fresher notes (Japanese melon) The very definition of a great modern sake, crisp and juicy, to be appreciated for itself or accompanying simply prepared ingredients (raw or grilled white fish, shellfish or crustaceans, steak tartare, etc.).

Presents a discreet and elegant nose of white fruits (grape, pear), with a hint of green and exotic fruit (green pineapple). On the palate, it develops vigorously from the onset, with dominant notes of puffed rice and chestnut (koji aroma), then revealing a fine texture reminiscent of watermelon. Releases its true aromatic potential when warmed in the mouth giving aromas of stone fruit (apricot) and a pleasant acidity. Designed to accompany all kind of meals, this rich, structured and full-flavoured sake can stand up to white meats or poultry.

Displaying an opalescent glow and intense fresh fruits (banana) nose, enhanced by a touch of white flowers. In the mouth, delicate and well-integrated bubbles refresh its luscious and juicy attack. Crisper and more textured notes reminiscent of Granny Smith apples join the well-ripened fruits perceived on the nose. Remains faithful to the Dassai 39 style with extra sparkles, integration and complexity. This relatively dry nigori finds balance between a fairly classic aromatic profile and a sparkling extravagance. It will be highlighted with fresh and creative dishes showcasing seafood.

Containing fine rice sediments that give it a pleasant milky aspect, its lactic nose (yogurt) associates white (grape, pear) and exotic fruits with a touch of fennel (anise / herbal). The bubble forms a delicate yet slightly fiery foam, which quickly gives way to a powerful lactic attack, dominated by chestnut notes from the koji. On the palate, this sake develops notes of white peach, William pear and sour candy. The rice residues give it a creamy texture reminiscent of almond milk and a slightly sweetened finish. This rich, sparkling and generous sake can make for a creative aperitif or accompany desserts with subtle sweetness.

This newly released Limited Edition Junmai Daiginjo sake that does not meet the usual criteria for labelling under our existing Dassai brand portfolio.

To support the reconstruction effort for people affected by the July 2018 flooding of western Japan, famous Japanese cartoonist Mr. Hirokane, who has a close relationship with Dassai brewery, has offered this original art label featuring his well-known character “Shima Kosaku”.